Thoughts on Start-ups, VCs, and Life 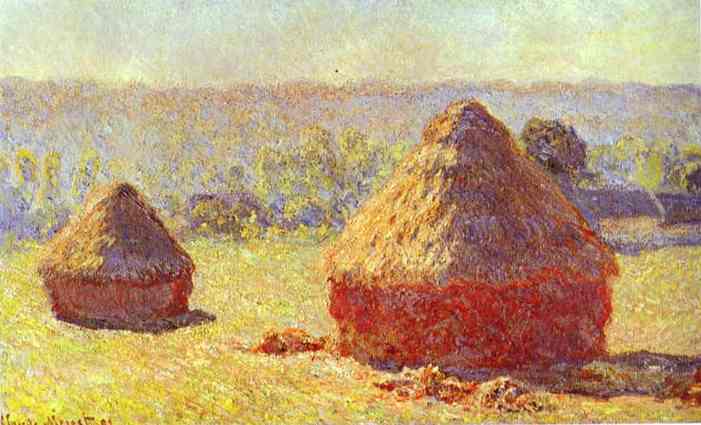 Finding a good problem to solve with a startup can be like finding a needle in a haystack.

One of my favorite blog posts is Paul Graham’s How to get startup ideas. Paul is one of my top-five bloggers, along with Marc Suster, Ben Horowitz, Nir Eyal, and of course Fred Wilson, but I connect the most with Paul. He is an infrequent blogger, as I imagine I will be especially now that I have spent 7 days staring at a blank sheet of paper. I will consider my blog a success if I can be one third as meaningful as Paul.

“The way to get startup ideas is not to try to think of startup ideas. It’s to look for problems, preferably problems you have yourself.”

“Why is it so important to work on a problem you have? Among other things, it ensures the problem really exists. It sounds obvious to say you should only work on problems that exist. And yet by far the most common mistake startups make is to solve problems no one has.”

The truth is that most companies fail because they build a solution that doesn’t have a corresponding problem or that solves a problem that has no economic significance.  Paul gives a great example:

“The danger of an idea like this (ones that sound plausible, in this case, a social network for pets) is that when you run it by your friends with pets, they don’t say “I would never use this.” They say “Yeah, maybe I could see using something like that.” Even when the startup launches, it will sound plausible to a lot of people. They don’t want to use it themselves, at least not right now, but they could imagine other people wanting it. Sum that reaction across the entire population, and you have zero users.”

More startups fail because of this than because of poor execution. Execution is important, but you can’t execute your way out of a bad idea. And concept aside, selecting an adequate problem, one that people are painfully aware of, gives you some tailwind for early adoption. Paul says:

“When you have an idea for a startup, ask yourself: who wants this right now? Who wants this so much that they’ll use it even when it’s a crappy version one made by a two-person startup they’ve never heard of? If you can’t answer that, the idea is probably bad.”

If a product solves a clearly identified problem, it is more likely to gain enough traction early on and to generate usage patterns and metrics. With further iteration, it might eventually get to a product-market fit. Only then will entrepreneurs have the luxury of perfecting the execution.

Below, in the first of three posts, I will discuss some of the common themes that entrepreneurs face in finding good problems to solve and avoiding bad ones.

Best practices for problem validation are available by simple web search (if you can’t find them, I will forward you some links), but there are some creative ways to validate problems before you even write your first line of code. You can buy Google or Facebook ads to advertise a product so you can gauge demand by measuring pageviews, clicks, and requests for more information. You can even do A/B testing to test creative and/or pricing options, although I would focus on validation first.

Another creative way to validate a problem is to offer the intended buyer a solution to the problem in a different form, one that doesn’t require any work up front.

Case-in-point: I know an entrepreneur who had an idea for a platform where workers could capture their accomplishments throughout their career by recording each significant event as a one page story, for example when they turned around a sales situation that was impactful to the company. Each story would have a name like, Victory from the Jaws of Defeat, Lessons Learned, or Tough Love, etc. and workers could pull tags from a tag cloud to indicate sentiment, such as Piece-of-Cake or Out-of-my-Comfort-Zone, or skills used,  for example Diplomacy or Persuasiveness. They would then tag people who played a role in the story as Participants or observed the event as Witnesses. Emails could go out to those participants, and upon their response, the stories would be validated, creating a live, authenticated CV, or CVLive, as he would call it. Think Linkedin, but with a richer view of a professional persona.

An advisor counseled: “What problem are you solving, and for whom?”

The entrepreneur originally thought job seekers would want a really rich profile of themselves so they will be ready when they want to change jobs or when a recruiter calls. However, that’s a lot of work if a professional changes jobs once every three to five years – there is no immediate value or gratification to the action of publishing the story.

Next the entrepreneur considered recruiters. Wouldn’t these rich profiles with validated work events help them differentiate candidates and better select ones that are the best fit? Won’t these stories aid in determining cultural fit by exposing the way a job seeker feels about his accomplishments?

Recruiters make a fee of about 30% of a candidate’s first year compensation for a placement. That’s about $18k to $30k for a mid-level search. The entrepreneur hypothesized that a recruiter would surely pay $250 to $500 for these stories if the additional information yielded a better placement – the cost was 1% to 2% of the fee that would be earned.

Before creating the program infrastructure, the entrepreneur tested the concept by offering the off-line equivalent to three executive recruiting firms. The deal was that he would call the top five candidates for their next search and write their workstories as they would have done themselves on the platform. Same questions, same tags.

The response from recruiters was consistent across the board:

“As a recruiter, my problem is that when vetting a candidate, I spend almost all of my time sifting through bull-shit to find truth. Your stories just give me more content and potentially more bull-shit to sift through. The data in those stories are generated by the candidate and validated only by people the candidate chose to tag. So I still have to vet it and find truth. These workstories not only don’t solve my problem, they actually give me more work to do, so no thanks!”

The entrepreneur hadn’t looked for a job in 15 years. He had never worked as a recruiter. He was looking for an idea in a space that he had no connection to or history with (more on this in the next post). He thought it was a good time to be an entrepreneur, and the idea sounded, well, plausible enough. However, it just didn’t solve a problem for its intended user.

So what do you think? Would you have invested in CVLive? How could CVLive have become more useful? Any ideas on additional methods to creatively validate ideas?

Named one of the “25 Angel Investors in New York You Need to Know” by AlleyWatch in 2014, Jeff has been a venture investor for ten years, an angel investor for eight years. Jeff is CEO of Arcview Ventures, the manager of The Arcview Collective Fund, the first member-managed fund in cannabis. He also serves as Chairman of the Evaluation Committee and Treasurer of the ARC Angel Fund. Jeff has been actively advising startups at Reitler Advisory Group and publishes insights to his blog www.finkabout.it.

He is a frequent panelist, speaker, and judge on venture investing and pitch competitions in NY. Jeff has also guest lectured and held office hours for many incubators / accelerators including Start-up Leadership Program, 37 Angels, NYU Polytech Incubator (New York City and Brooklyn), DreamIT Ventures, and FashInvest. Prior to his work with angel and seed groups, Jeff was a partner of Odeon Capital Partners, an early-stage venture capital fund. Prior to Odeon, Jeff was an operating executive at CA, Inc., and Cheyenne Software, Inc., where he served as GM of the Unix Division, VP of Corporate Development, VP of Corporate Marketing, and Director of Product Management. Jeff also serves as Chairman of the Board of WellLife Network, a not-for-profit offering residential, clinical, and day programs to 25,000 individuals with developmental, psychological, and behavioral disabilities in NYC’s five boroughs and Long Island.